The Feudal System was introduced to England following the invasion and conquest of the country by William I. The image on the right shows how the feudal system works.

﻿The King was in complete control under the Feudal System. He owned all the land in the country and decided who he    would lease land to. He therefore only allowed those men he could trust to lease land from him. However, before they    were given any land they had to swear an oath to remain faithful to the King at all times. The men who leased land from the King were known as Barons, they were wealthy, powerful and had complete control of the land they leased from the  King. ﻿ 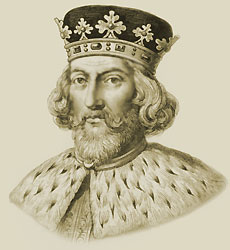 Barons leased land from the King which was known as a manor. They were known as the Lord of the Manor and were in complete control of this land. They established their own system of justice, minted their own money and set their own taxes. In return for the land they had been given by the King, the Barons had to serve on the royal council, pay rent and provide the King with Knights for military service when he demanded it. They also had to provide lodging and food for the King and his court when they traveled around the country. The Barons kept as much of their land as they wished for their own use, then divided the rest among their Knights. Barons were very rich. 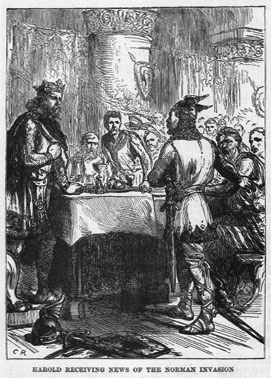 KNIGHTS
Knights were given land by a Baron in return for military service when demanded by the King. They also had to protect the Baron and his family, as well as the Manor, from attack. The Knights kept as much of the land as they wished for their own personal use and distributed the rest to villeins (serfs). Although not as rich as the Barons, Knights were quite wealthy. 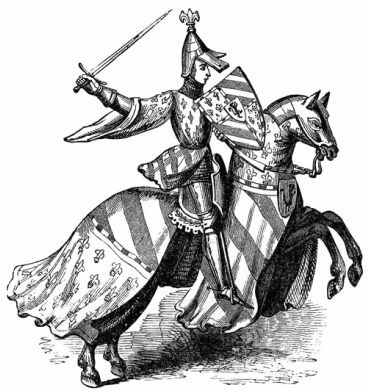 ﻿SERFS
﻿  Serfs, sometimes known as villeins, were given land by Knights. They had to provide the Knight with free labor, food and service whenever it was demanded. Serfs had no rights. They were not allowed to leave the Manor and had to ask their Lord's permission before they could marry. Serfs were poor.﻿﻿ 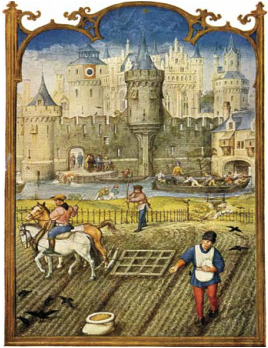